The long version: On 5-30-11 we headed to RRVS in West Fargo, ND, hoping for another strong run after last weeks win and the “shoulda” won the week before that.  The heat was some what dry and fairly smooth.  Scotty started 4th and finished 3rd.  We missed the setup on the car, as we had planned for a tacky track.  This put us starting 9th in the 28 car Wissota midwest modified feature.  With 8 laps to go, there was a caution and Scott was still in 9th.  With a bold move, the Pizza Ranch sponsored 1s machine went super high into corner one, attempting to pass several cars on the high side, but blew the car of the track instead.  Scott quickly pulled back on the track to avoid causing a caution and was running in about the 24th position.  The pedal went down and one by one, Scott passed 14 cars high and low and ended the night finishing 10th.  21x Travis Saurer won, followed by 4X Dev Malmlov and #2 Rusty Kollman finished 3rd.

On Friday, we headed back to I-94 speedway in Fergus Falls, MN.  As luck would have it, we started outside pole of the 2nd heat.  The track was tacky and super fast.  Scott got the lead on the first lap and held on til the checker.  This put us starting 4th in the main event.  As the night went on the track started to dry out.  For the feature, the TruXedo sponsored 1s machine, powered by Dakota Engine Builders got a good start and moved into 2nd place on about lap #2.  On the first caution, #53 Chris Mensen was leading.   On the restart, coming out of corner 2, Scott had the lead.   The race went caution free until there were 2 laps to go.  After the fire truck put out an engine fire we went to green, white and checker conditions.  By this point, 21x Travis Saurer had moved in to 2nd from 8th and hard charging #60 Dan Ebert into 3rd from the 11th starting position.  The green dropped and Scott kept the lead with Saurer working the high side and the 1s machine on the low.  After the white flag on the back stretch, the 21x and 1s got together and Scott let off the gas a little and Saurer wheel hopped Scott’s right front tire as both drivers charged hard into corner 3.  Coming out of corner 4, Scott was low and Saurer, with some steam, on the high side…  at the flag, the 1s machine came in first by a foot or two with Saurer finishing 2nd and Dan Ebert 3rd.  This was the first ever feature win for the 1s team at the track.  A little roof dancing was in order.

Next we drove the hauler back home to race at the Jamestown Speedway on 6-4-11.  Our luck stayed strong and we started again outside pole with #2 Josh Eberhardt on pole.  The two driver raced side by side for just about 8 laps with Scott on the high side and Josh on the low, with the 1s machine picking up the heat win.  This put us starting 9th in the 24 car feature event.  The track was dry with a little tack high and low.   The race started with #2 Lyn Lamb taking the early lead.  After 2 laps or so, Scott was in 3rd with #2 Rusty Kollman in 2nd.   On a restart, Scott made a move to pass Kollman high and being working on the leader, getting some side by side racing with the leader with Scott in the middle and Lamb running the bottom, then a caution came out.   Scott picked low for the restart behind lamp.  Grabbing the lead going into corner 3 and keeping it through another caution and ultimately driving the Millenium chassis 1s machine into victory lane with #2 Kollman in 2nd and Lamb in 3rd.  Picking up our 2nd clean sweep in 2 nights and our 4th feature win of the season.  Here is the article about the race from the Jamestown Sun.  Bintz continues to tear up Speedway.  Below is also a complete video of the race.

We ended the week at the Sheyenne River Speedway.  Again our luck was strong and we drew outside pole of the 2nd heat.  The track was slightly dry with some tack and the 1s machine took the heat win, picking up our 9th heat win of the racing season.  On the redraw, we drew the 7th starting position for the feature.  The feature offered dry slick track conditions and went 20 laps straight, without a caution.  Scott moved up a car every few laps and begin chasing down the earlier leaders #71 Nate Reinke and #91 Jarrett Carter.  By the checker, Scott was making a good run for 2nd but Carter held him off and Reinke picked up the feature win.

Special props to all our sponsors, including the Dakota Engine Builders for making great racing engines and transmissions.

Photo’s by Christel Samuelson and Chris Boroskae.  Video footage by Dakota Telecommunications.  To order a complete DVD video of all the races at the Jamestown Speedway on 6-4-11, contact www.daktel.com 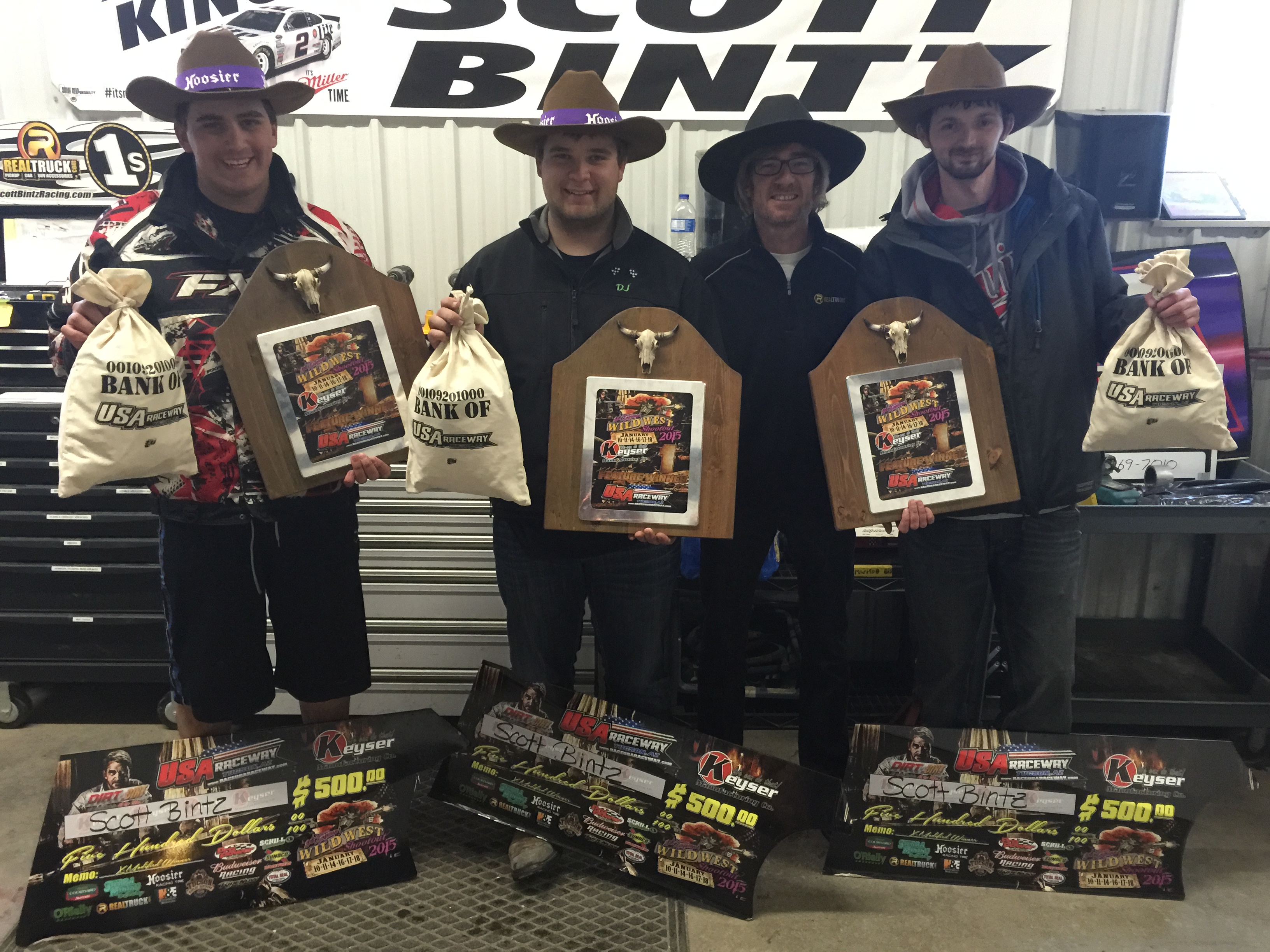